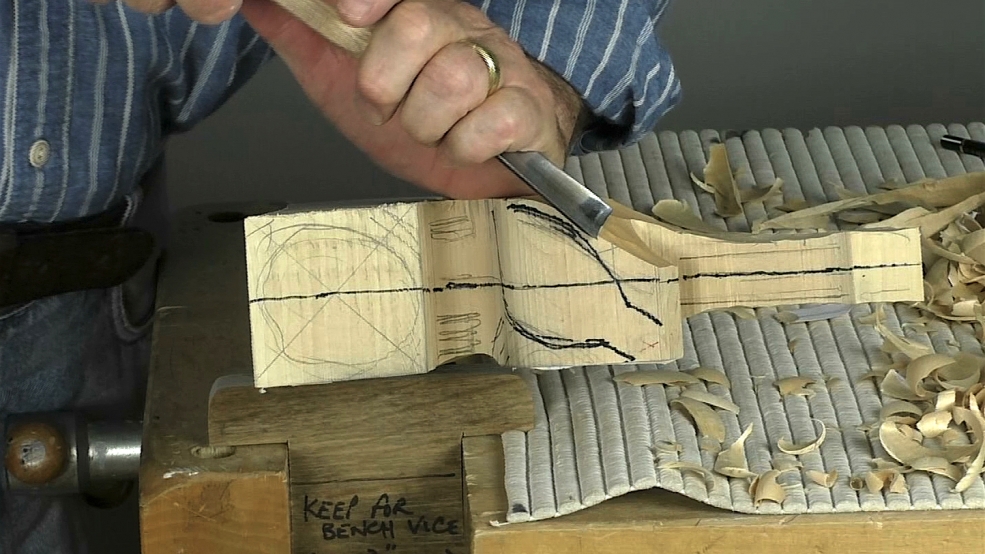 Terminology: I might be confusing you by seeming to switch between 'first' or 'second pass' and 'bosting' in different projects on this website, so let me clarify:

We want to move our carving along as a whole: every part is relative to every other. It's not a good idea to move one part too far along independent of others.

In carving, you keep committing yourself; you can't add bits of wood on as you can add clay in modelling. Working with this 'relativity' is a big deal, a key part of the carving process. So, especially at the beginning, it's all about managing your way through chaos, from the blank lump of wood to something recognisable.

Trying to express this, instead of saying 'roughing out' at the beginning, which doesn't say a lot, I've used the idea of a series of 'passes', over the whole work, initially removing biggish pieces of waste wood and losing the squareness of the cut out to get the carving into, yes, a rough shape. This early stage merges into what carvers have called 'bosting' or 'bosting in', more passes that sketch out the main forms and how they 'articulate', still keeping everything moving along together and not going to far with any one part.

At the end of the bosting you should have passed a 'point of recognition' where you hardly need your model and can see where you are going. You still keep up the idea of 'passes' around your carving as you refine and model the shapes and finally end up adding details.

Think about this. It's gold dust!