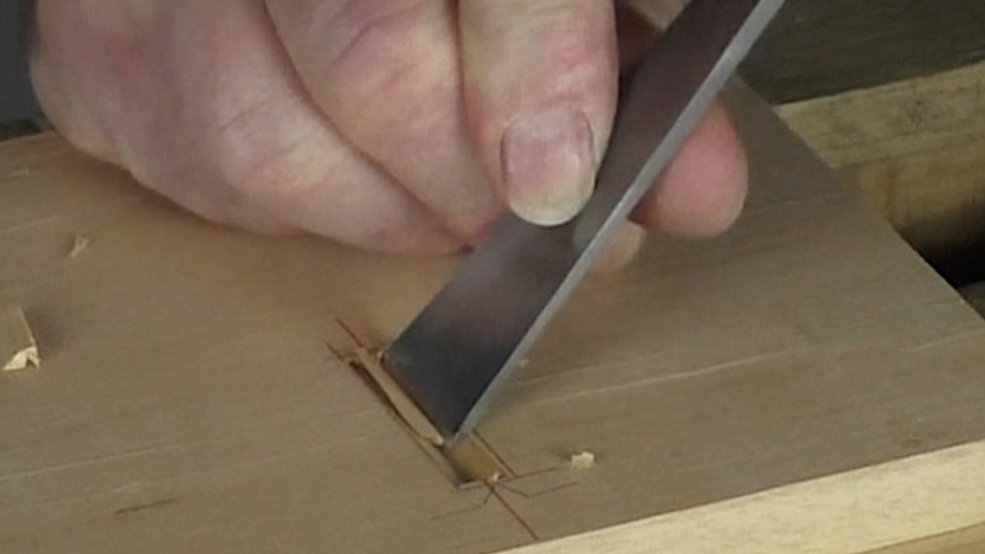 There is no download for this project: all is revealed in the videos. And the doing...

I love any carving where you can make an enormous impact with just one or two tools! And this is one such.

The 'texturing' in this project is a serried ranks of pyramids, something would usually find in ornamental pineapple finials, but which I've also seen on four posters and as a sort of cushioned background. The result looks cool when applied to convex or bowl-like surfaces because the changing pattern invokes a crossing spiral; more-or-less the Fibonacci series you see in nature, for example sunflower seed heads.

I've never seen this effect applied to an acorn cup before so this was a bit experimental - but I think you'll agree the result is very successful. We start at the beginning practising the basic cuts. Simple but precision is everything!

Tools: The chisel does pretty much all the work and you may only need the one for the whole job; you'll know which when you do your practise cuts.

Note: The trenches want to be of less an angle (40-45deg.) than for lettering, otherwise the pyramids become excessively sharp. Less is more!