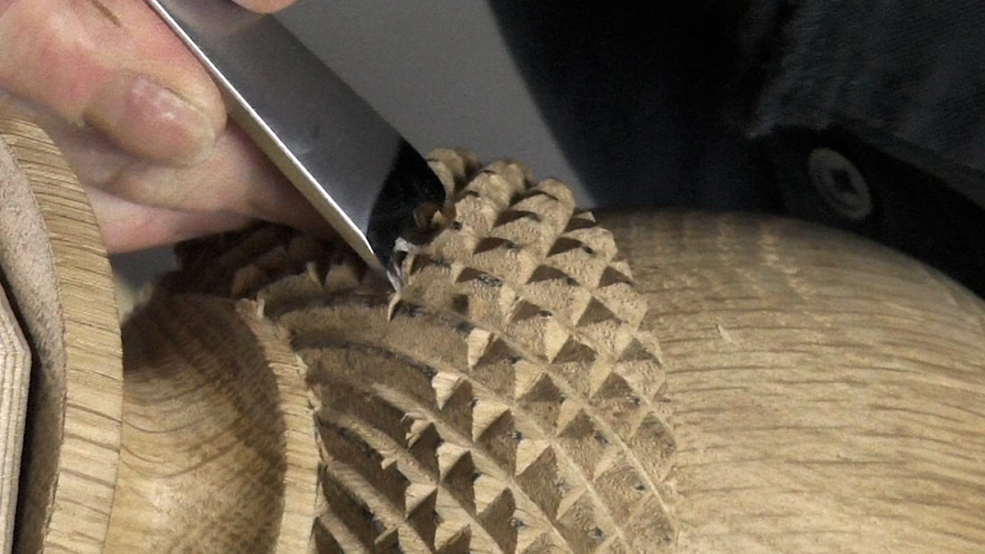 This is a longish video showing the carving of the acorn cup in stages from beginning to end with much close up filming. The texture starts as nothing very much, moves to a single spiral effect, which looks good in its own right, and ends up with something quite splendid.

When viewers see the finished carved pattern without knowing the layout stages leading to it, the reaction is always one of surprise, even wonder. All with a pencil and a couple of tools...

Nice job showing the detail and closeups, Carrie. Always a pleasure to see Chris' CLEAN cuts. Delicious. Also, always insightful to see the creative ways that Chris comes up with to hold the work. Can be a real challenge at times. Never too many ways to hold a project.