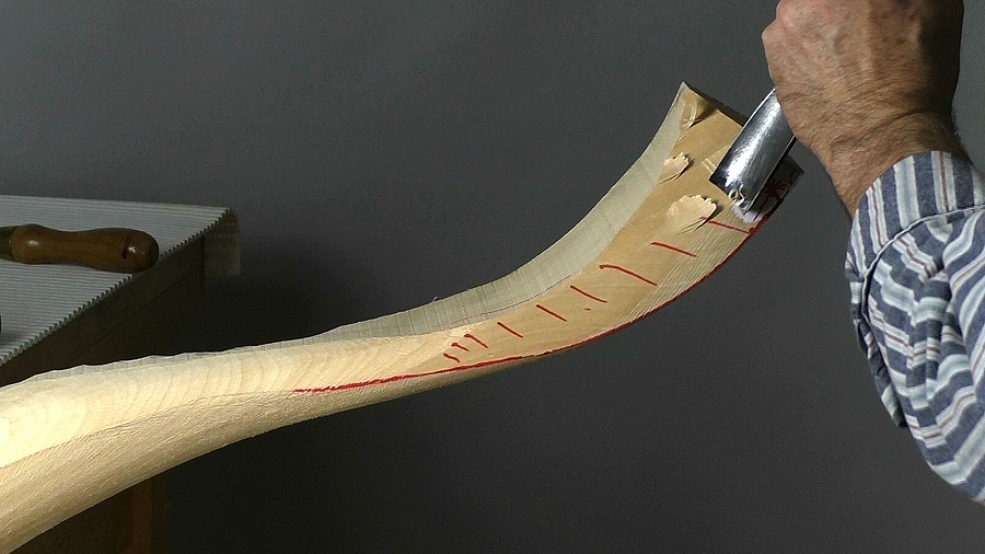 In this lesson we turn to the bottom half of the body and work into the tail, getting more of that twist. The tail itself appears: don't make it too thin, we need to allow for the later 'fluting' (the splaying grooves here, and in the fins).

Note how the body sort of leans in to the twist; so it's not a straight, square-on body but one that tilts somewhat in the opposite direction to the tail. This later effects the dorsal fin which we'll need to curve and slope over to fit along the back.