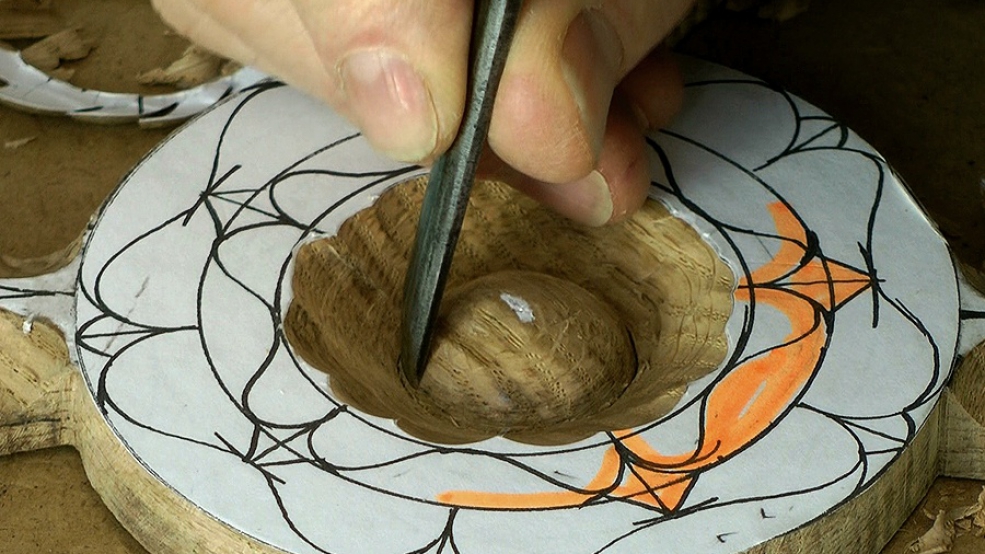 History anyone? The Tudor dynasty took over England in the 15th century after a prolonged conflict between two families: the House of York, and the House of Lancaster. Both houses had single row, 5 petal roses as a symbol. The first Tudor king, Henry VII, united the houses and combined the 2 roses into the famous double-rowed one with which we are familiar. There you go.

The rose looks quite complicated when you draw it out. Look for the one 5 petal rose, with its 5 spiky sepals, within the other and you'll soon make sense of it! The centre has a circular rounded projection or protuberance called a 'boss'; we will start here and work outwards into the petals.

Hi Chris Could you please tell me is it an illusion or are you deeper around the boss than the cove mould to the quatrefoils? If so is that intentional and roughly by how much?
Pete The Wood Servant