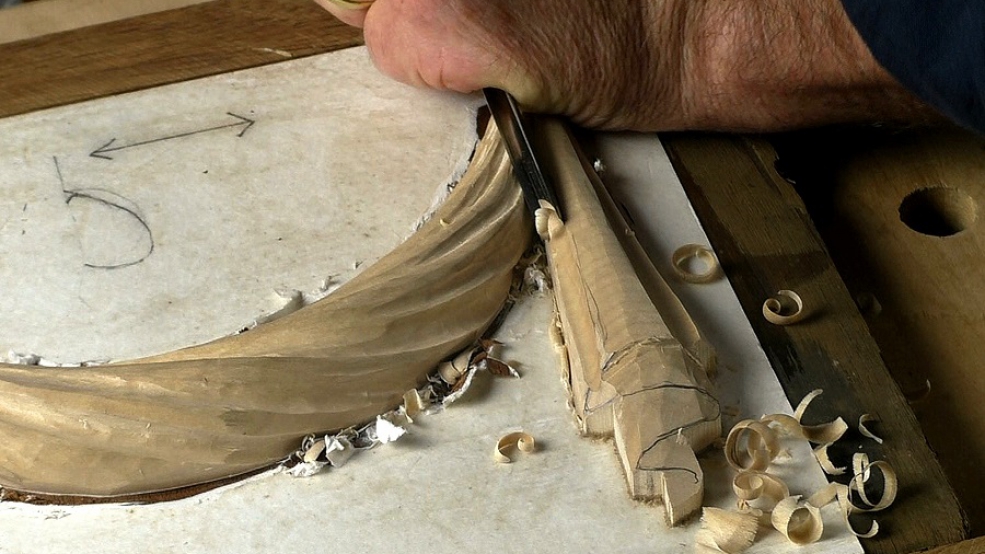 The 'Drop' sounds so dramatic and, in some ways, it is! This vertical line forms a sort of frame on either side of the swag and sets it off (the same effect for a series of swags and drops). Also the bottom ends of the drop fold back on themselves in a complicated way that balances the simple vertical lines.

When you carve the top corners, leave enough room for the 'nail' and the sense that the drapery hangs over and around it. Don't make this part too thin!

You might like to look at the linenfold project where you'll see a similar way of tackling this undulating fold in the drapery.